ITS ALIVE!!! With the help of hard working volunteers and donor contributions, #3617 is now operational. It pulled its first (and only to date) train for Grandmas Marathon. Your help is needed to continue the project to get this historic Northern Pacific SD45 #3617 diesel locomotive up and running and put back in service doing what it was built to do… pull trains. Only seven of these powerful engines are preserved in Museums today… and this one is operational!

Every dollar contributed to this fund, goes in a designated account to continue work on this locomotive. These funds are vital to keep it operating, and make necessary improvements that this locomotive becomes a valuable work-horse again.

We’re looking for donations in the multiples of $45.

Your contribution, big or small will have a direct impact to the restoration of this important locomotive. 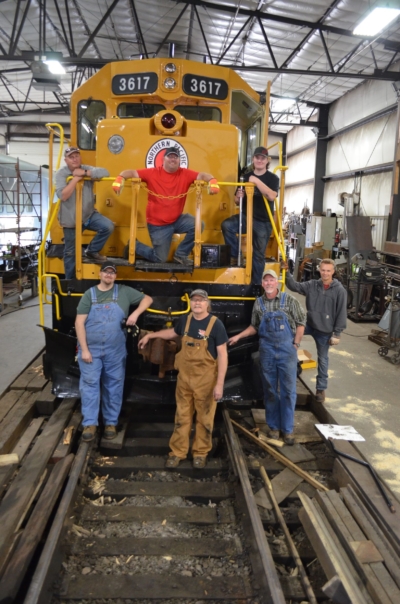 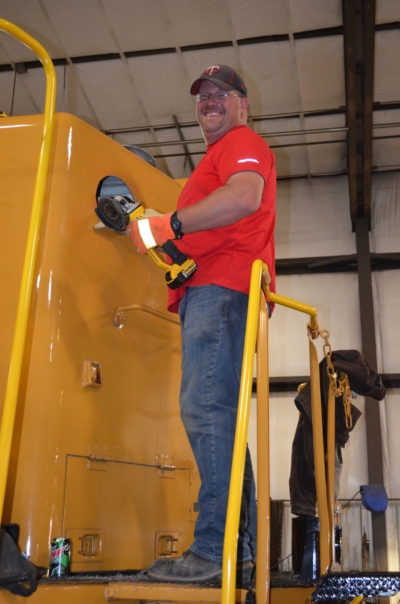 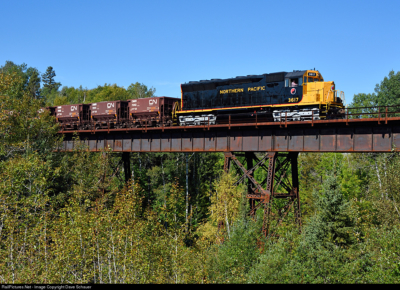 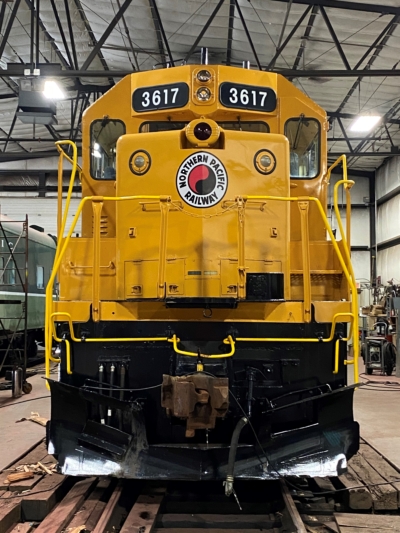 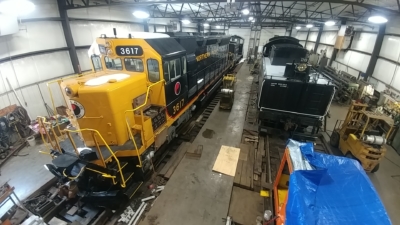 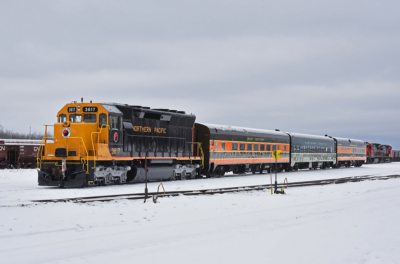 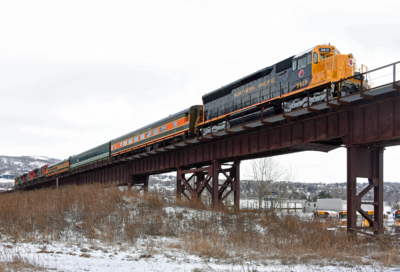 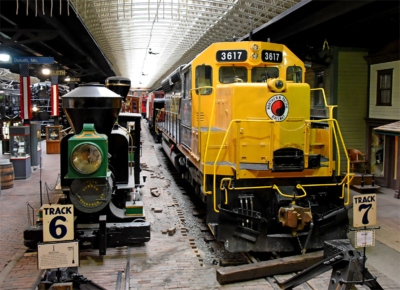 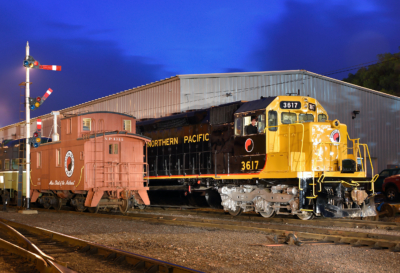 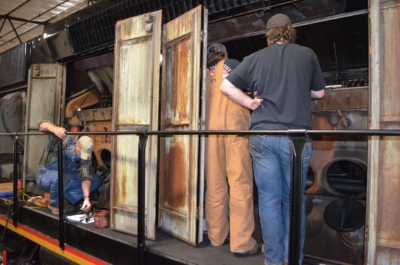 The engine has been started and is in working order! Check out this great video highlighting the first day of startup, February 27th, 2021.

The key was getting the electronics, which is done. This early model of SD45 was upgraded with the EM2000 control system and when the engine was donated to the Museum most of that was gone. Not anymore. Volunteers working with several railroads and parts dealers got the necessary hardware donated and installed.

Your donation will start the next phase of returning the engine to operating condition where it will run on our North Shore Scenic Railway pulling trains, delighting fans and preserving railroad history.

The next phase we need your help for includes work on the prime mover, connection to the alternator, and traction motor wiring. All of this done with help from our partners at BNSF and ILS. Other projects that have-been/will-be completed at the museum include re-installing class light fixtures and repair MARS light.

The goal is to raise just over $19,000 to match grants and accomplish the above-mentioned work, with hopes to have enough left over to help with ongoing maintenance of this huge locomotive.

For contributing to the locomotive Power-Up fund, you will get two free tickets, per $45 donation, to the inaugural excursion behind the locomotive (date still to be determined).

History of the locomotive:

NP #3617 was built in 1967, as part of an order for 30 EMD SD45’s by the Northern Pacific to start replacing its aging first generation diesel fleet. After the ’70 merger it was renumbered by the Burlington Northern to 6417, and eventually received Cascade green and white paint and served as part of the BN fleet until it was retired in March of ’87. In December of 1987, the unit was sold to the Wisconsin Central who also used it under the number 6417 until 1994 when it again hit the scrap line.

Sometime in ’94 EMD approached the WC with a proposal to upgrade the control system of five SD45’s, destined for the scrapper, to a state of the art EM2000, which would improve efficiency and breathe new life into aging diesels. The upgrade was complete in ’95 and she returned to the rails as WC7495, and remained that way through the Canadian National acquisition until it was donated to the Lake Superior Railroad Museum in non-operable condition in 2007.

A bit of fine print:

In the event that an unforeseen circumstance prevents us from completing the project to operate this locomotive, all funds contributed will remain in the designated account to preserve the NP #3617 as a cosmetic display well into the future, and for the good of other Northern Pacific Railway Artifacts held in the Museum’s collection. If we have any excess funds donated for the project, they will be kept in the designated account for long-term maintenance of this locomotive or another one of the Northern Pacific Railway artifacts in the collection.

Recent updates as of February 2021: